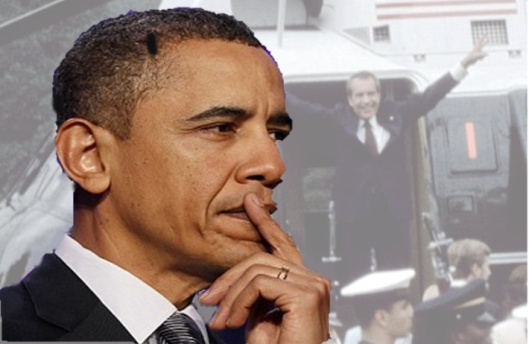 The Nixon White House was known for many things, one of which was the misuse of the IRS for political purposes. A charge that made it onto the articles of impeachment drawn up against him. Nixon was not the first to weaponize federal agencies for political purposes, nor does it seem he was the last. The Obama Administration has done much the same and while the President himself has not been implicated, his surrogates have.

Most people are aware by now that IRS targeted conservative groups for extra scrutiny in the months leading up to the 2010 and 2012 elections. Asking them to fill out long drawn out questionnaires for the sole purpose of intimidation and delaying approvals of tax exempt status. The actions had the effect of shutting down voices the administration just as soon not be heard.  While these actions were deplorable the full extent of IRS political targeting activities seems to have gone far beyond just feet dragging and intimidation.

In 2010 the IRS illegally released the tax returns of Presidential hopeful Mitt Romney. Senatorial candidate Christine O’Donnell had her tax records sifted through as well and a felonious tax lien put on a home the IRS did not realize she no longer owned. It was not just political opponents in the IRS cross hairs either. Donors to Republicans were audited as were prominent conservatives.

The agency for its part has answered these charges with a cadre’ of lies. Lies that are now being pealed back like layers of a rotten onion. The targeting of conservative groups was first blamed on misguided but well meaning agents in a remote office of the IRS. It was suppose to be believed that “rogue agents” had concocted and implemented the strategy all on their own. Unfortunately for the story tellers they had not buried the truth deep enough.

First it was revealed that the targeting was known about for over a year without a hint of a change, and even then the changes were only superficial in nature. Then it was revealed the strategy came from Washington. As each new level of deception was brought to light a new lie was put in its place. Even so the revelations kept coming. The scandal was traced from low level agents to mid level managers and then to upper level management. Now it sets but a step away from Obama, the latest figure to be named is Presidential appointee William Wilkins, the IRS Chief Counsel. A man who met with the President while the targeting was taking place.

The truth is, the revelation that a Presidential appointee was pushing for extra scrutiny of Obama’s enemies is not the only thing tying the President to the scandal. The IRS union’s boss met with Obama at the White House the day before the targeting began. A union that operates a PAC whose sole purpose seems to be to get as many Democrats elected as possible.

This does not mean the President can rest easy, the IRS scandal is now setting squarely on his door step. Uncomfortably close for a President who swore on national TV he knew nothing about the scandal until he heard it on the news. Given the evidence so far his claims seem as credible as those who blamed the political targeting on “rogue agents” back when it all began. Time will tell if the leader of the free world will be proven a liar but the verdict of history is already being written.

2 thoughts on “Closing In: The IRS Scandal Moves to Within One Step of Obama”