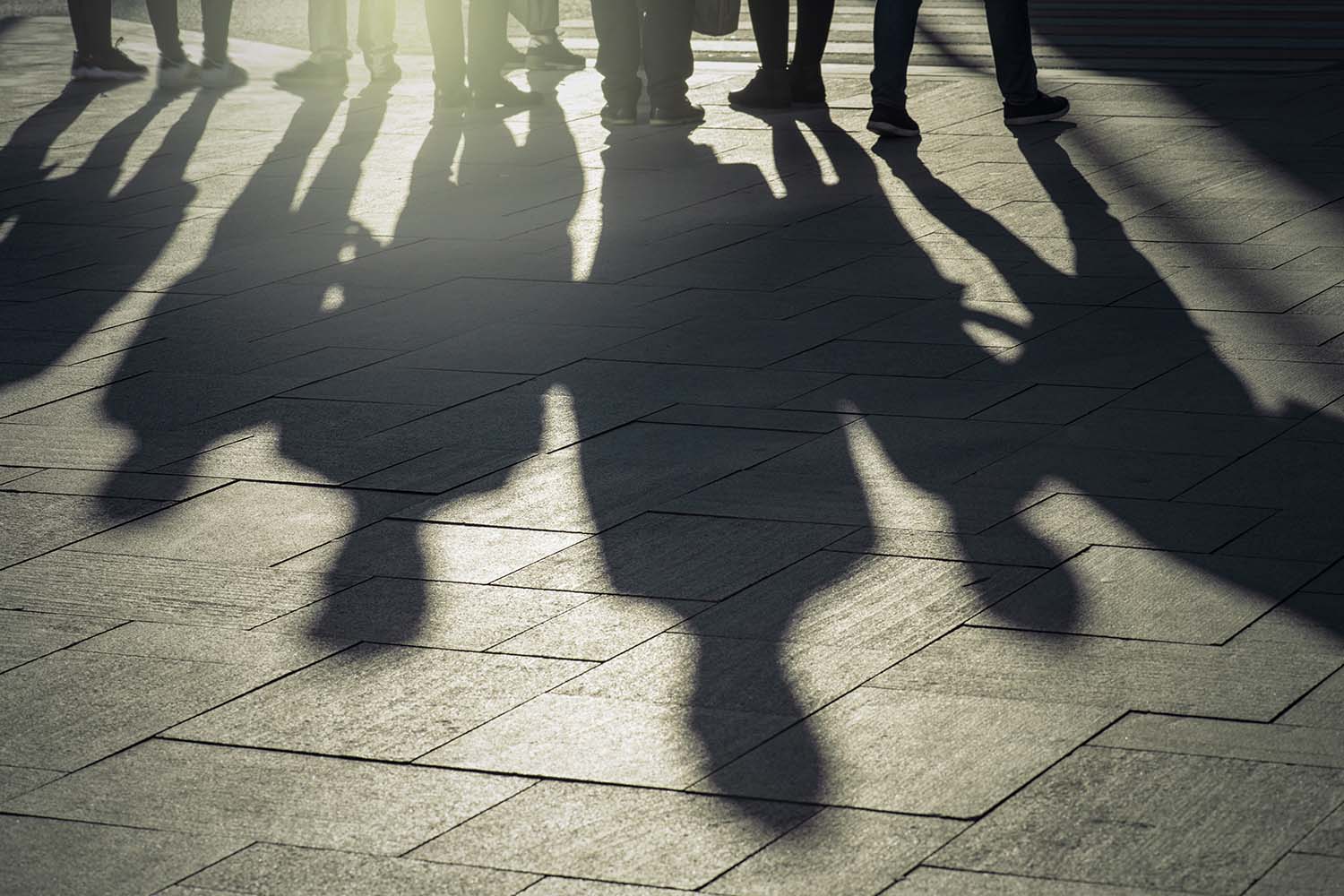 In the present atmosphere, where suspicions of election fraud are backed by an ever-increasing amount of evidence, the need for transparency has never been greater. Correspondingly, a league of actors from many parts of society are trying to keep people in the dark.  Casting shadows over society, they wish to keep some facts from seeing the light of day.  This relentless league of shadow actors seem intent on keeping people in the dark on those things that directly effect their lives.

The shadows being cast across the election process are not a single event, but part of a growing pattern that has deep roots. As Hillary Clinton flew across the globe, becoming the most traveled Secretary of State in history, the question of why was never asked. It was not diplomacy, for she entered into almost none, but was merely her using her position to get donations for her and Bills Clinton Foundation. Selling her position for personal gain. From the media, fully aware of her shenanigans, not a peep. When she got into trouble with her illegal secret computer server, she hatched the Russia hoax to divert attention from her illicit activity. Working with the Democratic Party. together they paid a suspected Russian asset to create a false dossier on Donald Trump. A dossier that cohorts in the government used to spy on Trump associates, and then became the basis for a full-scale investigation. An investigation that the Democratic Party, the media, and most importantly the investigators knew was bogus. Nearly from day one, Mueller’s team had in hand the note from CIA director Brennan to Obama noting Hillary was concocting a plan, to divert attention from her illegal server, about Trump and Russia collusion. Yet, the league of shadows kept it all from the American people.

In more recent times, big tech colluded with the media giants to bury the Hunter Biden bombshell.  A story that would of caused 1 in 6 Biden voters to change their votes if they had known about it. Unfortunately, the shadow masters kept enough people these people in the dark, manipulating voters by omission of information.  The fact that, like Hillary, Biden allowed or was part of selling, for personal and family gain, his office’s influence was something the electorate had the right to know. Yet, companies like Twitter and Facebook banned anyone who dared mention it, and many news agencies failed to cover it at all. Suspiciously, they seem to not care anymore about Hunter Biden and his father’s China troubles. maybe because Kamala Harris is supposedly waiting in the wings. Contrast the treatment of Hillary and Biden with the last four years of misinformation about Trump, often breathlessly repeated as if it were real news.

Today, this league of shadows consist of woke warriors waging cancel culture campaigns against individuals, the main stream media, big tech, and dark financiers like George Soros and others. People who finance through so called charities radical groups like ANTIFA, providing plane tickets and hotel rooms for these, otherwise unemployed, thugs to spread chaos. There are also many cooperative, complacent, and fearful politicians and even judges protecting these leftist. These shadow makers are joined by a shared globalist/Marxist agenda and its call to embrace Critical Theory. A second point of commonality is their hatred for Donald Trump. As a Chinese economics professor recently shared in China, their problem with Trump is that he simply can’t be bought (fixed in colloquial Chinese terms), but they trust Biden can be. Trump will not bend, he can’t be bought, and he is not on board with the globalist agenda of the leftist.

Leading up to the recent election, this leftist went into high gear, with riots, changing election laws to make cheating easier, and organized efforts to harass Republicans.  During the election, they denied Republicans the chance to poll watch in several strategic ballot counting locations. Even court orders were ignored, with those armed with court orders threatened with arrest instead of those violating them! Sense the election, over a thousand people have come forward to sign affidavits regarding fraud they witnessed, and north of eight hundred of these have been submitted to courts and legislatures, nonetheless the main stream media and big tech have called their claims baseless. In the Epoch Times, a recent article, by Patrick Basham of the Democratic Institute, did a good job of highlighting just a few of the most egregious claims, many of which are collaborated by physical evidence as well. (for a more comprehensive cataloging of the voter fraud, see HereIsTheEvidence.com and what has been compiled by journalist Sharyl Attkisson,) Yet, Wednesday YouTube decided that it would start censoring videos that claimed election fraud (something they never did when many on the left refused to accept President Trump’s election). YouTube is not alone, social media platforms and the mainstream news outlets have been attacking and censoring those with legitimate complaints for sometime.

Entering into this fray, is the Dominion voting machines. Today (the 10th of December) the State of Georgia hearings showed that on these machines anyone, with the right administrative rights, (which in some state precincts including Wayne County meant everyone) could change votes at will, scan the same ballots multiple times, and even adjudicate blank ballots into real votes, meaning what the ballot actually says becomes irrelevant. This means, that automatic vote switching did not have to occur to make vote irregularities to show up in areas with these machines. They are designed to allow cheating. We saw actual examples of this in the 6000 votes flipped in Antrim County, Michigan and 37 votes in a Georgia machine.  Both cases have been said to because of human error.  Whither human error or on purpose, the fact it can be done at all is troubling.  For most media outlets, such information is taboo when it comes to informing the public, or they simply say this does not indicate proof or reason to suspect fraud, but the numbers tell another story.

The recent court case brought by Texas has been joined by the Trump team and six other states, with seventeen states total showing support as of this writing (others might also by the time this publishes) as well as many groups of state and federal legislators. This development is a bit more than than the League of leftist opposing honesty and transparency can hope to hide. It is hard to claim that nineteen states are simply making things up, or that this is simply sour grapes on the part of President Trump. The investigations underway in state legislatures are adding to the momentum against this league of shadows. Facts are stubborn things, and the truth is not so easily hidden. The only reason that people probably thought they could get away with such large scale fraud is they have done similar before, this time it seems they may of bitten off a little too much to be ignored.

One statistician puts the odds of one of the contentious states coming up with the votes they did legitimately at about a quadrillion to one, for all the states in the Texas lawsuit to do such at the same time raises it to that number to the fourth power.  Another statistician claims the number is inflated due to an error, as if it were only a trillion, billion or even million to one would make a difference. The fact is, it was not just an anomaly, it was statistically impossible. The people of the Unites States are slowly taking notice, with 30% of Democrats now convinced there was fraud, and about 80% of Republicans according to politico All and all. almost half the nation now agrees with Trump that something rotten is going on.

Huge: "How likely is it that Democrats stole votes or destroyed pro-Trump ballots in several states to ensure that Biden would win?"

This increasing skepticism is despite the media and big techs best efforts to control the narrative, organizations that keep saying move along, nothing to see here.

The league, while feeling the heat, is far from defeated. Their actions have resulted in the electorate being more deeply divided then at any time sense before the Civil War; a division they have fomented. There was and is absolutely no harm in allowing vote machines to be forensically audited, checking signatures, comparing voters to lists of felons, underage citizens, and out of state registrants, or going over ballot duplicates to see if they were done properly. No justification can be given for refusing this, simply saying no proof these would change the results is not just dishonest, it is even beside the point. Open transparency in elections demands it, the voters deserve it, and to not do so only deepens the American political divide. For those refusing to wade into the waters for fear of being swept away in a political hurricane, the truth is never something the honest should fear.