Often you hear the left lament that conservatives are too stuck on a constitution that was written nearly two and half centuries ago. What the left fails to understand is a society has to have underpinnings, something that gives it a foundation. Without it chaos reigns and a society falls under the tyranny of arbitrary rule.  The principles that form the foundations of a society must come from experience and be time tested.  The founding fathers looked to a concept called natural law for this. The idea that there are some principles that are universal and timeless. Theft for example considered wrong by nearly all societies today and even those that existed thousands of years ago. Time does not alter these types of fundamental principles. In the same way conservatives look to the constitution as statement of unchanging principles upon which on our laws and our very nation rest. To quote Judge Bork, “times change but principles do not” and to conservatives the principles of the constitution are timeless. It provides us with the foundation on which the society we live in was built. To ignore it is to embrace arbitrary rule, something our founding fathers fought and died to save us from. It is not the constitution is perfect or unchangeable but that it must not be ignored. The constitution is seen as a stone that can be carved into only through the long process of a constitutional amendment.  Any other method is an anathema to the Rule of Law and disrespectful of the principles we are founded on.

Having the Rule of Law is part of what defines free nations. It is the Rule of Law more then any other concept that separates the free world from dictatorships.   This is what the American founding fathers understood better then those living today.  More than even democracy, it is the Rule of Law that defines freedom (we often overlook Hitler was democratically elected; even today we have dictators like Hugo Chavez and Mugabe who sport democratic credentials). It is only when our democratically elected officials are bound by the same rules and principles that rule us all that freedom can survive. Laws and principles only mean something if they can be relied on, in other words they cannot be changed arbitrarily.  Rule of Law also means justice must be blind, there cannot be one set of laws for group “A” and another for group “B.”  Judges must judge people as individuals; the idea of taking into account the group they belong to is inherently unjust. In the conservative mind Jim Crow and Affirmative Action are just opposite ends of the same cloth of injustice. Finally laws must be based on a set of time tested principles. It is the constitution forms this foundation of principles on which our society’s laws rest. To alter it on the whims of a few men turns the constitution into a worthless piece of paper and the arbitrary judgment of men the true law of the land.

A true conservative never forgets that the constitution serves as the basis of the American republic; a contract that states what powers the people of the United States delegate to the government and gives it that power and no more. This means only the people can change it. This is done by assuring it takes large majorities of state or federal elected representatives to accomplish. Judges and politicians have no right legally or morally to alter it through any other means.

It should never be forgotten that the U.S. constitution is the most remarkable one on the planet. It defined the first modern republic and for the first time defined individual rights as inalienable and  universally applicable. A constitution that attempted to limit both political and democratic encroachments on liberty. Not a perfect document, no document written by man is, but the most fitting foundation a society has ever had. 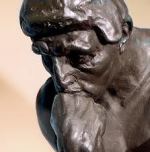 “If this makes you think pass it on”

5 thoughts on “The Constitution and the Rule of Law”