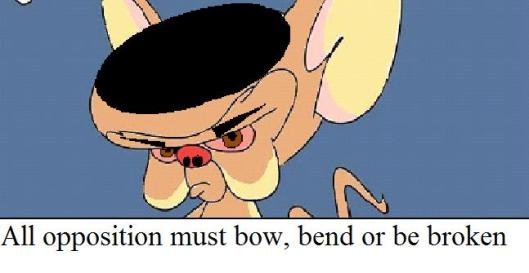 Politics has always been a sport where throwing mud was part of the game. Abusing power is also a non-partisan activity often practiced by political leaders of all stripes. With the Obama administration this long tradition has reached new lows in both extent and blatancy. Something that is being consistently overlooked and even covered up by their Democratic Party allies in the media.

It was once said by an adoring political pundit that power crackled from Clinton’s jeans. A clear reference to his charisma and certain attraction the reporter making the statement felt towards him. Today the power crackling inside the White House today has nothing to do with something as innocuous as swooning reporters (although many in the media fall into this category as well), what it is about is the accomplishing of an agenda by any means necessary.

Some of the new lows reached by this presidency can generally be characterized as duck and cover. That is to say ducking the law and then covering the tracks. Now many have been aware of Obama’s cracking the whip of presidential decree to get around congress for some time. Ignoring precedent and even the constitution he has used executive orders to expand government at a dizzying pace. As disturbing as this trend is it is by no means the worst of his offenses.

The President is a man possessed by arrogance, an arrogance that was born out of receiving unearned accolades and seeing his abuses go nearly unopposed. It is no wonder he goes after his perceived enemies with unequaled ferocity. One clear example of this is his administration prosecution of whistle-blowers, something they have done more of then all previous presidents combined! The message being sent is clear, do not cross this president. To make his task of punishing disloyalty easier the administration has been classifying nearly everything as either secret or top secret thus making nearly all revelations of its internal workings an illegal act (a clear reversal of what previous presidents had done).  As the left leaning Mother Jones Magazine points out, the White House goes only after those that damage its reputation but ignores those who spill secrets that harm national security, especially when the secrets revealed benefit them.

Another example of the duck and cover strategy can be found in this administration’s handling of the Fast and Furious coverup. The president has cited executive privilege to prevent revelations of who did what. This is a scandal that dwarfs Watergate in scope and ramifications. Where Watergate was a bungling attempt to dig dirt on the competition that directly harmed no one but its participants, Fast and Furious resulted in untold deaths, has international ramifications and breached both national and international law. The fact that the President is helping cover it all up is inexplicable unless he and/or his staff is directly involved.

The Democrat’s also have a second despicable strategy used to attack opponents. A good example of it is the White House’s enemies list. Like Nixon Obama also has a well publicized enemies list. A list that contains the names of not only his opponents but their supporters as well. Large donors to his political adversaries have found themselves being investigated, harassed by the IRS, their reputations slurred and degraded publicly by this administration. Republican homes have been featured on YouTube by Obama’s surrogates and conservative families put under siege.  Even Nixon never dreamed to stoop so low.

This by Hook or Crook strategy has included attacks on conservative bloggers and blogs as well. Several bloggers have been set up for swatting attacks; a dangerous tactic of calling 911 with a disguised phone number claiming a hostage or similar situation is going on at a bloggers home. This tactic puts not only the blogger at risk but his whole family. Less intrusive methods like reporting conservative blogs as virus infected websites (something this site was victim to) are also going on.  Of course this does not include the personal attacks conservative bloggers often endure that have become par for the course. Although these attacks are done through surrogates it is part of the fall out of a White House strategy to attack its opponents by any means possible.

Finally the third leg of the President’s attack machine could be called Twist and Shout. That is its propensity to twist the truth and shout lies. Whether it be on the economy, his opponent or his record in general one can count on the president to misrepresent it.

Romney has been the main target of the White House’s choreographed smear campaign.  Obama openly declared that Romney might of committed a felony, a long disproven allegation and Harry Reid has made the public contention that he hasn’t paid his taxes. Obama’s campaign repeatedly claimed Romney outsourced jobs to other nations, something that has been independently analyzed and declared a lie. All the previous would in a normal election year be considered bad enough, but this is not a normal election. The most recent attack by an Obama surrogate has declared Romney responsible for a woman’s death, something even perennial Obama mouthpiece NBC has found distasteful.

All of this should not be a surprise from a man steeped in Chicago land politics.  A place where going after vote fraud is akin to vote suppression as voting there is a right not to be denied even to the dead. The U.S. got a taste of how low the President and his surrogates could in the last election and their treatment of Sarah Palin.  At least this time around they have not gone after his kids like they did Sarah’s, at least not yet.

As pointed out in an earlier article, this president ideas on economic matters are based in corporatism or basically the economic policies of Fascism.  It seems his political tactics too have something in common with pre-war Italy. Using the modern versions of the Blackshirts’ clubs and similar looking propaganda, Obama and the Democrats have set out on a scorched earth political policy that is seemingly without boundaries. For those that think this is okay as long as it is pointed at those with whom they disagree they should think again. Obama’s enemy list is not bound by party lines.