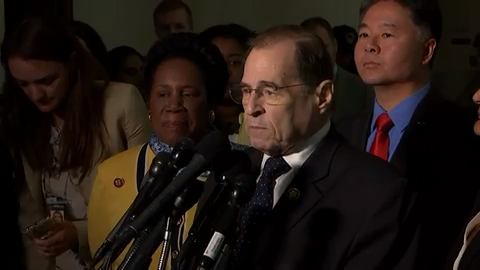 As the Soviet Union was just getting its legs, Lenin entertained a cadre of Western Leftest. People who showered him with adulation, and sang his praises to the rest of the world. They seemed oblivious to his cruelty, betrayal of many of his fellow revolutionaries, and tyrannical control. For them he was the future, a new messiah leading the world into a new age. Lenin, for his part, did not return their infatuation, for he saw them for what they were, useful idiots.

Putin is no Vladimir Lenin, and throngs are not singing his praises. Yet, he has found in the West a group of patsies; people willing to do his dirty work for him. Individuals so oblivious to the obvious their actions seem more like parodies than real life. These Putin puppets see themselves as Putin’s adversaries, but nonetheless are doing his bidding.

In 2016 Putin had a plan, his own operation chaos. The idea was simple enough, in fact it smacked of a childish high school prank. He would plant outlandish stories about the presidential candidates with their opponents. After that, it was all about getting out the popcorn and enjoying the show. Anyone who thinks he had a pony in this race is sadly mistaken. He just wanted to upturn the American apple cart.  A peevish act of revenge on America for getting in his way.

The Russians simultaneously tried to feed both campaigns garbage. With the Democrats this was easy, Christopher Steele, working through Fusion GPS, approach them for dirt. In him they found a willing conduit into the Democratic Party. In contrast, no one from Trump’s campaign was knocking at their door asking for dirt, so they had to contact them. They offered to provide Don Jr access to salacious Hillary emails, and he took the bait. This is where there seems to be a bit of mystery, for although he met with them they gave him nothing. Was it because the Clinton info did not reach their agent in time, or had they decided it was better to stick it to the system through the Democrats only? Maybe the answer will come, but for now the question remains unanswered.

What we do know is that Hillary Clinton and the Democrats were more that willing to spread Putin’s Trump propaganda. Useful idiots was never a more apropos idiom. Men whom Christopher Steele himself identified as Russian Agents, spoon fed him Russian disinformation he then shared with the Democratic Party. The Democrats in turn became defacto Russian operatives, sharing the Russian poison pill with the FBI. Once inserted into the Deep State, the so called dossier was swept up by another cabal of oblivious Russian “colluders.”

Because of men like Comey, Brennan, Clapper and others, Putin’s prank succeeded beyond his wildest dreams. Thanks to a cadre of useful idiots, the Trump campaign was not only spied on, but some of his most prominent supporters are sitting in prison on charges unrelated to Russia. The President himself was cleared of doing what the Democrats obviously did do, but his opponents wont’ let it go. Like bulldogs holding onto a old stinky sock, they don’t want to admit they are the ones looking stupid. Smart people would realize when the gig is up, and try to distance themselves from the impending day of reckoning, but if they were smart they wouldn’t of become Putin’s useful idiots in the first place. Now the truth is coming out, and the clock is ticking on their lunacy.

No, intelligence is not one of the modern Democratic Paty’s strong suits. Instead of backtracking, and trying to get out of the way of the massive wrecking ball coming at them, they are trying to manically declare it doesn’t exist. They, along with their equally clueless comrades in the media, think calling names and trying to discredit the messenger will save them. Unfortunately for them, facts do not care about feelings. What will sink them is not the messenger, but the facts they know are out there.

As Sheryl Attkisson recently pointed out, this goes much deeper than most realize.  The reason leadership at the Justice and Intelligence agencies took such a great risk, disseminating and using a known piece of fiction in official acts, was they were already in hot water. The shenanigans of the Obama administration go deeper than most realize, and taking out Trump was seen as an act of self-defense by those at the top. It was stop Trump before he had a chance to reveal the Obama administrations dirty laundry. For certain, Trump hatred played a role, but only for the supporting cast. The lead characters were the one’s putting their necks on the line to promote lies, and they weren’t taking that kind of risk just because they didn’t like Trump. They did it out of desperation!

Oh what a wicked web we weave when we practice to deceive, this age old adage could not find a more appropriate example than the present conspiracy. The list of crimes committed here is long: Lies to congress, lies to the court, falsified evidence, obstruction of justice, leaking of classified information, and who knows what else. While the Democrat’s rank and file are beside themselves, fearful that Trump will win a second term, there are others who are fearful of something much worse. Jail awaits some, and a complete discrediting awaits the rest. Careers will be ruined, and legacies lost. A tragic comedy, a farce beyond anyone’s imagination looks to be unfolding. It appears now it is time for Republicans to be the ones breaking out the popcorn, let the show begin!