A man walks along, somewhat sheepishly but in other ways seemingly normal. Of average stature, he was likely athletic in his younger days.  Now, smiling as I open the door for him, he is obviously a bit slower and more deliberate than he once ways. He has but one distinguishing feature, one hard to miss, a portion of his skull is dented with a long scar running down the valley it creates. The undeniable mark left by a machete some years before. It was no accident that befell him, he was a victim of a vicious attack.  Many such wounds can be seen among Rwandans above a certain age. Survivor scars of a time when all of Rwandan society came under a mass insanity.

The scar on the man’s head should remind people of something else as well, it is what Social Justice looks like when taken to its ultimate end. The Hutus, a long discriminated against majority, was told to that the usually wealthier and more educated Tutsis were to blame for country’s economic disparities. For certain, policies first instituted while it was an independent Kingdom, and later reinforced by successive colonizers, had favored Tutsi households. That said, individuals are not policies.  The Hutus were in power, and the policies had changed.  No individual Tutsi was to blame, or subjugating anyone. Historical wrongs do not justify mass blame, and blind rage is not justice.

Social Justice is nothing more than politically correct bigotry.  Like George Orwell once quipped about fellow socialist, the average Social Justice Warrior (SJW) is driven more by hate than compassion. The proof of this is in the wild rhetoric, threats, and even violence they perpetrate daily.  Sure, there are those who are deluded into thinking they are helping the less fortunate, but the basis of the movement is hate.

When Justice is meted out to people based on ethnicity, skin color, religion or any other group characteristic, it is not justice at all. When a conservative sees a starving child, they often think of their own children, or wonder about the child’s parents, home life, etc; there reaction is reflective and personal. The left, with its group ethos, usually can’t muster the same kind of compassion.  For the Social Justice Warrior, the child is a metaphor, not a person. When you see the world as a mishmash of competing groups, the child becomes merely a symbol; a mascot of some disparaged group being victimized by some other group. Truth is, the child might be the victim of some other faction, likely seeking its own form of Social Justice, nonetheless real solutions are still always personal. 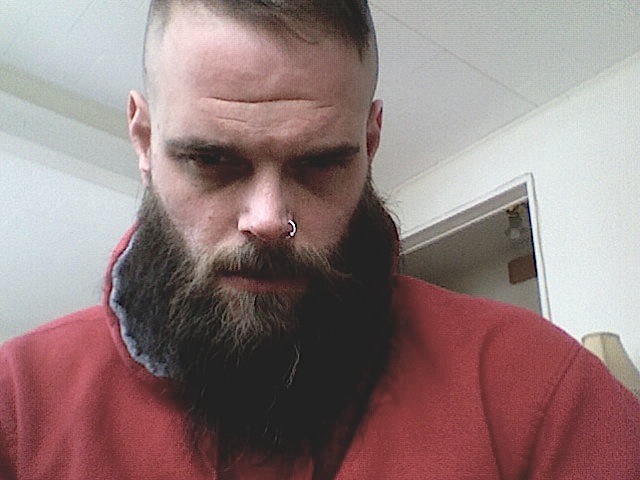 The left has been revealing itself as the patrons of hate more and more lately.  Freelancer Luke O’Neil wrote an OpEd for the Boston Globe extolling people to tamper with Kirstjen Nielsen’s food, and laments he had not “pissed” on Bill Krystal’s food when he had the chance.  This is the same man who once tweeted he thought it “would be funny if all gun rights people got shot dead.”  He is not alone in such vitriol, it has become all to common among those claiming to fight for justice, but on truth are just advocates for evil.

The drumbeat of conservatives thrown or driven out of public places for wearing MAGA hats is now a daily occurrence, republican politicians have had the same experiences, and conservative speakers have to be protected by arm guards on college campuses. The resent assault on Micheal Knowles shows why such protection is necessary. For certain, there are the rare attacks on liberal Democrats, but these are hundred to one outliers, and often as not perpetrated by SJWs as well.

It is also not surprising that blatant antisemitism is raising its ugly head among the Democrats. It is something that has been simmering among them for quite some time. The BDS movement has been a faction within the Democratic Party for years.  The fact that now, with the election of outspoken leftest Muslims, it is being spoken openly is not surprising. The Democrats have become more radical, and for the left that inevitably means more bigoted.

The Reparations movement is similar in nature. It seeks to take revenge on those who had no part in slavery, forcing them to pay money to those that were never slaves. It is driven by hate that is excused by those claiming to side with Justice. There is no justice in this scheme, only the ugly face of bigotry.

Love and compassion are extremely personal things, whereas hate gets easier the more numbers involved. Hate is easy to inspire, and harder to contain.  Anyone can hate, and the justification for it can be paper thin.  Compassion, real compassion, takes putting oneself in uncomfortable position of being in someone else’s shoes. Correspondingly, real solutions to issues require taking an uncomfortable look at the decisions that brought about the current situation. On the other hand, it is easy to just blame a faceless mass. Calling others evil, without listening to them or examining the facts, is a prelude to violence. Unfortunately, this is what multicultural tribalism combined with Social Justice radicalism creates. Today, many on the left are steps away from becoming violent, with more and more crossing that line everyday.

The present paradigm is a recipe for disaster. To see where this leads is not hard, just look at the guillotines of Revolutionary France, the Chinese Cultural Revolution, the Killing Fields of Cambodia and the genocide in Rwanda.  If this seems extreme, so is the violence of Antifa, and the kill cops mantra of Black Lives Matter. Slightly less violent, but just as mired in hate, are the college students protesting the free speech of those speaking offensive truth to their micro-aggression sensitive ears. The students recently complained they could not stop shaking at the thought of Vice President Pence speaking at their campus; something that can be called nothing short of a psychosis.

Social Justice is lazy, deceitful, and ultimately evil. The people who embrace it, willingly deceived by demagogues, tell themselves they are doing good as they espouse hate. The NAZIs, the Khmer Rouge and the Hutus all did the same thing, a path we would be wise to avoid.

1 thought on “Social Justice and Its Pantheon of Hate”