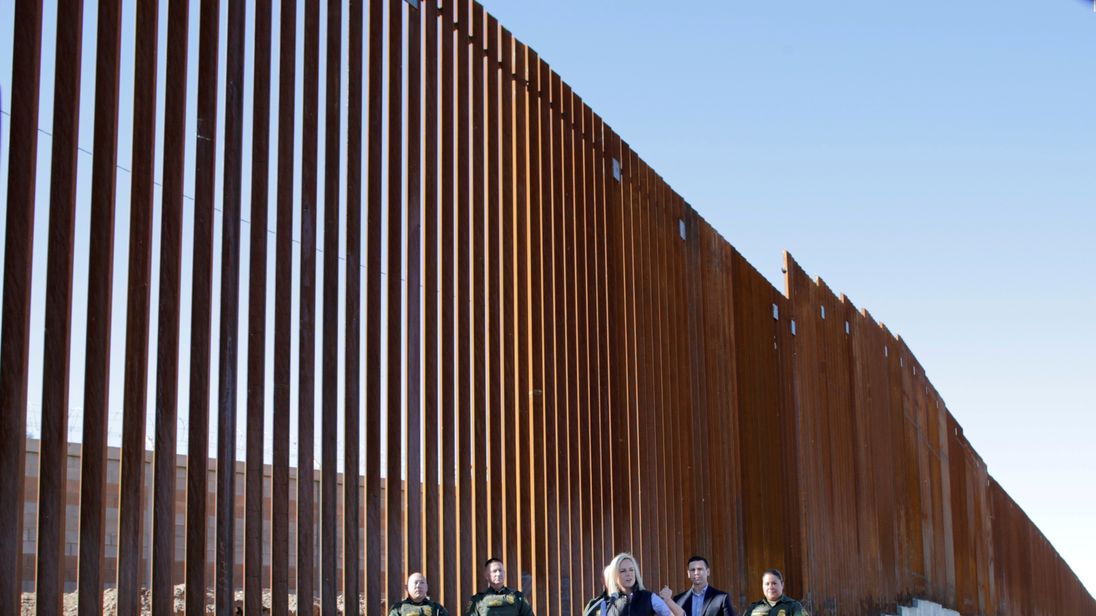 The anti-Trump zealots are prone to stereotype his supporters as backwards hillbillies, racist, or just plain dumb.  The discount them now, just as they discounted them before the election. The truth is, Trump’s support comes from four corridors mainly: Those directly effected by illegal immigration, Those whose lively hoods have been eliminated or threatened by international trade agreements that give advantageous to those producing goods overseas, People who love their country and are tired of being told to be ashamed of being an American, and religious people who feel morality and religion are under siege by the courts. Combined, these groups, and those that sympathize with them, make up a majority of the country.

In the latest fight over the wall, Trump is lending his support to those for whom the porous border has been catastrophic. His move also garners very broad support among his other constituencies as well. The left, on the other hand, is falling back on false accusations and platitudes to oppose him. Their default position is that the wall is racist, as are those that support it. Easy to say for those who lives have not been impacted by the masses crossing the border illegally.

The truth is, around 20% of the traffic coming across is connected to criminal organizations, and criminal activity. This includes such things as drugs, guns, human sex trafficking, stolen goods, and other causes of human misery.  Communities effected by this are mostly the Latin neighborhoods and those that live next to them. Try to find a store within 100 miles of the border without guards at the door, or even armed police, even a library for that matter. Walk among the populous in these places and try asking about gangs, see the fear it elicits. Talk to the police fighting a loosing battle against car theft, they will tell you if the vehicle is not found immediately it is already in Mexico. Kidnapping, extortion, and intimidation is the norm in many poor Latino communities. The crime, of course, does not stop where these neighborhoods end. Calling those desperate for help with the situation racist does nothing for dialogue or to address the problems.

Then there are the majority, those seeking economic refuge. Their impact is far from benign as well. Despite claims that these people mostly come to pick fruit and wash dishes, these occupations are not what most inspire to. The semi-skilled trades in many regions of the United States have been decimated by illegal immigration. Painters, flooring installers, drywallers, siding installers, concrete layers, carpenters and even steal hangers are being forced out of their jobs. Occupations that afforded a decent living are now often paying wages that can’t support a family. The influx of workers willing to work for near nothing as the live in homes shared among many wage earners is disrupting the livelihoods of ten of thousands. Bullying those effected by calling them racists and bigots, when they complain, does no good either.

For Trump, it is time for hm to use what all presidents have used to varying degrees, the bully pulpit, to get things done. He needs to step up in way that ridicules and embarrasses the Democrats, and gives credence to his own position. If anyone can do this, Trump can. A speech that says something like the following might do.

There was a time when the Democrat party stood with the forgotten men and women of this country.  Those working 40-50 hours a week to feed their families.  No more! Now they ridicule them and their concerns, call them racists, and bigots if the dare complain about the raw deals they are handed. The party of the working man now tells those people to go to hell, especially if they voted for me.

The people in this country, living in and next to neighborhoods where criminal gangs run rampant, are not bigots, they are victims. Pointing out that a significant percentage of those crossing the border illegally are not here for a job, but are running drugs, guns, money, and even young girls for criminal enterprises, is not racist. For Democrats, this misery, and those that are effected by it, don’t matter. The criminals who travel both directions don’t matter to them either, for it is not their daughter that is getting murdered, or their son getting robbed. They can safely set in the neighborhoods, surrounded by their walls, and call everyone that opposes them racist. Let’s call this what it is, bullshit.

Then their are the painters, drywallers, flooring installers and others who once had occupations that supported them and their families, but now in many parts of the country can’t get by anymore due to unfair competition from those living several to a house. Tell the kid whose dreams have been dashed because daddy no longer has a job, that illegal immigration is good for them. How about the family that dutifully made the mortgage, but now is facing foreclosure because their chosen occupation has been overrun by cheap labor, that a wall is not needed.

Elitist and out of touch, the Democrats in congress are incapable of sympathizing with those being hurt by their policies, they simply don’t have American’s backs. If Nancy and Chuck think open borders is such a good idea, then go live among those effected by it, and don’t bother putting up any fences or walls either.

Now, I do believe that among the Democrats there are those who still sympathize with working people, who care about the plight of those disproportionately effected by crime, and want a safe a secure border. They have been bullied by their leadership, much like the victims of transborder criminal activity, and falling wages, have been.  It is time for them to step up, dare I say man up, and follow their conscience. This is not the time for sunshine patriots, but for those willing to back the American people against those lined up against them. I call on the majority of Americans, who like me, believe that a wall is a prudent and necessary step to protect our sovereignty and the lives of those so absolutely and grossly effected by those who have ignored our immigration laws, to make their voices heard. Do not worry about a few government workers getting time off after the holidays, or parks being closed at a traditionally slow time of the year.  Worry about your neighbors and your fellow Americans whose lives are severely impacted by border that is wide open to anyone who wished to violate it.

It pains me to say that the Democrats’ leadership does not have America’s interest at heart, but its true. They are controlled by the extreme far left, people that hate America and Western Civilization in general. Elitist that don’t believe individuals are responsible for their own success, or that there is something admirable about the United States. These haters despise our police, our military, and are even prone to racist tirades against anyone of European descent. Made up of discredited Marxist and other elitist, they are out of touch with the country they call home. They support those that kneel for the national anthem to protest the police that protect society’s most vulnerable, but turn their backs on inner city school children when they ask for a chance to attend descent schools. They cry brutality over a half dozen deaths involving officers, but could care less of the thousands dying on the streets of places like Chicago and Baltimore. This attitude they carry onto America’s airwaves is the true racism, the true hate, and opposes all that is descent in our country. They in turn, support all that creates chaos, and undermines our society. We can’t stand idly by anymore while this happens.

The construction of the wall won”t fix all that ills our country, but it will start to address some of it. We must not continue down the road of forgetting who we are as a people, and where from which we came.  We can’t build a future on the suffering of those the Democrats’ leadership think don’t matter. They do matter, and it is unAmerican to deny it. It is time to build the wall for their sakes, and our own

I do not know if those hearing my voice like me or not.  This is not about me, it is not about being Democrat or Republican.  It is about common human decency, and keeping our country and communities safe. It is about the men and women trying to make a living with their hands and skills not being unfairly undercut.  It is time to do something for them, and to stop the incessant name calling of those who just want to be treated fairly.

Now this speech, or something like it, might not be spoken, but it should. Trump might not take to the airwaves in a national address, but he should. This could, and should, be a defining moment in his presidency.  Whether it is or not is up to him.