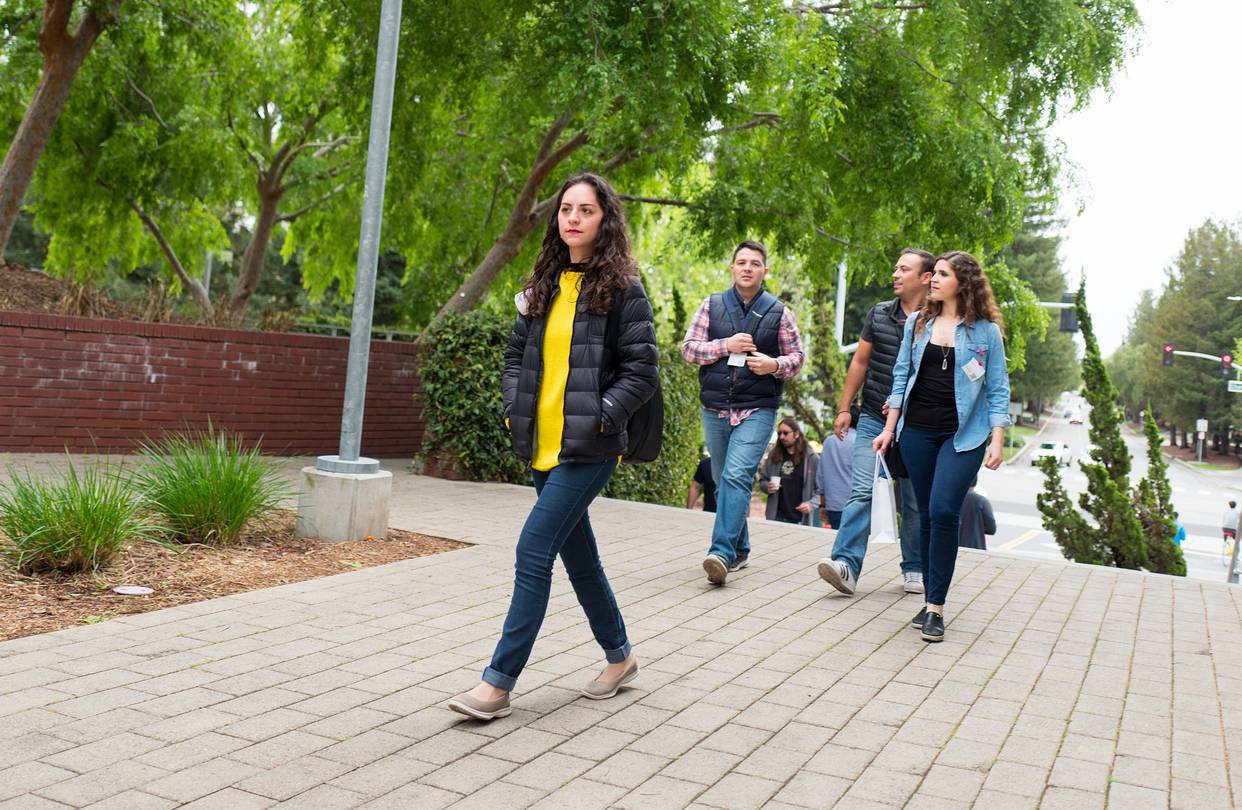 Collectivism and egalitarianism are inherently linked to identity politics and totalitarianism.  You also can’t find an example of where they are promoted without utilizing hate as the prime motivator.  George Orwell, a socialist himself, noted that most socialist are not motivated by compassion for the poor as much as they hatred of the rich. Today’s social justice crowd is no different.

A good example of Social Justice Warriors (SJW) using hate is Black Lives Matter (BLM). They are not concerned with the living conditions of black American families, the high homicide rates among urban youth, the percentages of the young in these areas without a high school education or a father in the home.  No, their whole existence has been dedicated to promoting hatred of cops. Other SJW types seize on White Privilege, Cultural Appropriation, Micro-Aggression, and historical discrimination to spread the hate around.

Socialism, Communism, Fascism and Social Justice are all examples of a collectivist mindset, one that sees the world as a place at war with itself.  Just like the Marxists and Fascists, the the SJW is inclined to believe that the rich got that way by exploiting the poor, and government is needed to level the field. Painting one group as the enemy, while the other side is merely seen as a victim. In so doing, they not only promote bigotry against whomever they declare as exploiters and holders of unearned privilege, they also stereotype those they claim to hold sympathy for as invalids.

By declaring the poor, and minorities of all types, merely victims they reduce them to caricatures. People not quite capable on their own.  You see this in refusal to offer the poor school choice, bringing up welfare as a “black” issue, saying minorities aren’t capable of getting ID’s for voting and the over all patronizing tone they use when addressing people of color in general  A recent study showed Democrats in the Untied States tend dumb down what they are saying when speaking to minorities, but Republicans/conservatives do not.  This now may be confirmed, but it has been well known for sometime.  Who can forget Hillary mimicking a southern black drawl while addressing a church in the American south. Maybe this is why they are so hostile to those minorities who do not tow the liberal line. Calling them Uncle Toms, Aunt Jemima, not really Hispanic, etc; the outright racism of their comments seem to come from an inner spring of bigotry they think to be more well hidden than it is.

While the patronizing racism of the left is disturbing, it is the outright animosity they both demonstrate and encourage that is the most dangerous. They, the left, not only call those with whom they disagree. fascist, homophobes, racist and worse, they have come to indicate all white males as having collective guilt for all perceived sins of the West. An attitude they are ever more expanding to include all things Western. Western civilization, and all of its achievements, are seen as illegitimate.  Concepts of Human Rights, Free Speech and even the scientific method are under attack. In academia, superstition is taking the place of science as “indigenous science”  is pushed as a substitute for the scientific method. Western literature, music, and scientific breakthroughs are tossed aside in favor of a kind of backwardness guaranteed to create a nothing more than a new dark age.  It would be laughable, if it weren’t being taken so seriously by academic fools. Hyperbole is the status quo as baseless anger is incited in students, and faculty at Western Universities, against those trying to introduce sane dialogue into the chaos. The result is an increasingly Balkanized world, with brother against brother, Even as hate and conflict increase, they point to others as the source of what they themselves have fomented.

To break society down into good and bad, or good and evil, groups is an extremely dangerous game.  A kind of bigotry that tends to justify, in the minds of those who embrace it, all sorts of behavior.  Dictators know this, and exploit it for their benefit; so do race baiting civil rights leaders, and leftist politicians. Those hapless ignorant souls who embrace the hate (usually in the name of combating hate) often become so enraged that it consumes their lives.  Trump has become a symbol to all they despise, and by extension Trump supporters as well. In such an environment, friends become enemies and family foes.

Examples of this phenomenon is everywhere, the mobs chasing patrons out of restaurants, the gangs from ANTIFA attacking anyone with whom they disagree, the anti free speech protestors on college campuses, and large scale racist rhetoric against white males.  It has resulted in personal attacks like the shooting at the Republican baseball practice and the attempted stabbing of a Republican congressional candidate in California.  It is also reflected in the reports of family conflicts over Trump, and the constant accusations of racism, sexism etc against those who disagree with the liberal viewpoint. Those involved in this drumbeat of hate, aka identity politics, are hard-pressed to recognized the darkness in themselves.  They are oblivious to the irony of utilizing fascist tactics while labeling others fascist, or calling others racist while impugning others for their skin color. If they were honest as the comic strip character Pogo, they would declare “we have met the enemy and they are us.” They are the bigots they declare others to be, and have become the fascist next door. Once on such a path, the true haters become clay to the demagogues who stoke their fears.

This divisiveness veils a sincere desire by those promoting it to control others. The minions doing the bidding of the instigators think they are doing good, of course so did the Pol Pot’s executioners. Western leftist are not lining people up to be shot, but there is a totalitarian air to the policies they seek. They do not just want people to cower before them, they want to control those that do not agree with them. The recent statement by a Democrat congressman that he would love to control speech caused a stir, but should it of? The crusade to control people’s speech is on going, and in its most radical form on college campuses. It is the message at the heart of hate speech laws seen in Great Britain and Canada. In Scotland the Tube (AKA subway) sports posters asking people to turn in those who speak words the law has determined illegal.  No laughing matter, people have gone to prison for speaking words the powers that be find undesirable. An idea many want to see come to fruition in America.

Using the law to control one’s opponents is the hallmark of every dictatorship. When those in power believe that those that oppose them have to be evil, and deserve to be destroyed if they can’t be controlled, the consequences can be dire. The Twenty-first century seems to be replaying the previous one. In 1918 one could hear the drumbeat of idealist besmirching those who opposed them.  Free speech, then as now, was under attack. The left had all the answers, and those that opposed them needed to get out of the way. By the late 1920s fascism had appeared, and was embraced as the new left. The third way between capitalism and communism, liberals wrote about its praises in places like the New Republic and the New York Times.

The radical left of yesteryear was also preoccupied with race, something that has not changed.  The difference between the more blatant racist who supported Jim Crow, and those today, is semantical. The demands of modern progressive leftest at colleges to hold separate graduations for blacks and whites, to have separate dormitories, and demand strict cultural segregation in the name of protecting from cultural contamination, is a mirror image of the Jim Crow laws instituted by the progressive Democrats in 1940s.  Laws they similarly proclaimed were needed to protect the cultures of whites and blacks.  Bigotry is bigotry, something that seems beyond the left’s comprehension.

Probably the most disturbing is the calls for violence, and even killing, by the left.  From around the turn of the twentieth century, right up to WWII, there was a strong contingent of leftest intellectuals calling for control of undesirable parts of the populous.  The more radical wished to cull the populous of those who were genetic dead weight.  Eugenics, Darwinism, and Scientism were all the rage, and few thought anyone would take these radical ideas to fruition, than came the NAZIs.  Today eugenics is dead, but the desire to control the numbers of those potentially opposed to them is not.

Among the radical left, calls to kill cops have been all too common place. The rising number of senseless assassinations of police officers is testament to the fact there are some heeding the call. Professors like Carol Christine Fair and George Ciccariello-Maher have suggested white people should be killed in mass. The same has been touted by radicals inside BLM and by the likes of Louis Farrakhan. These statements could be called hyperbole or bad jokes; nonetheless, the fact the left not only refuses to condemn such rhetoric, but is often keen to defend it, reveals a particular darkness in envelopes parts of the leftest soul.

Unfortunately, people seem unaware of the dangers of collectivism, and identity politics. Strange, given it is far from a new phenomenon. The French were one of the first, marching tens of thousands to the Guillotine. Stalin, Pol Pot, Mao, Hitler, Castro, and many others murdered people by the millions. Each justified their actions by pointing to the collective guilt of their victims.  People who were no longer human beings in their eyes, but cliche’s and stereotypes of one sort or another. It does not take any imagination to understand such a mentality, for it surrounds us everywhere. An invasive, unrelenting bigotry against all who oppose leftest ideas. White males, Trump Supporters, conservatives, free speech advocates, supporters of Israel: All are but synonyms for being deplorable to many on the left. In truth, these haughty minds declaring certain people a plague on humanity today are not so different than those who declared the same in Berlin.  Accordingly, the rhetoric of modern segregationists, touting multiculturalism, and decrying cultural appropriation, is nearly identical in tone and meaning to the defenders of Jim Crow.

Identity politics is nothing more than bigotry 4.0, updated and made more appealing, but built on the same rotten ideas. The new left is nothing more than the old racist progressives of the last century, repackaged for a new generation, but less honest.  The truth is, the ideology of today’s enraged left does not just have similarities to the fascist, communist and racist movements of the past, they are nearly exactly the same. They may seek to do good, but they follow a path strewn with corpses.

6 thoughts on “The Fascist Next Door”