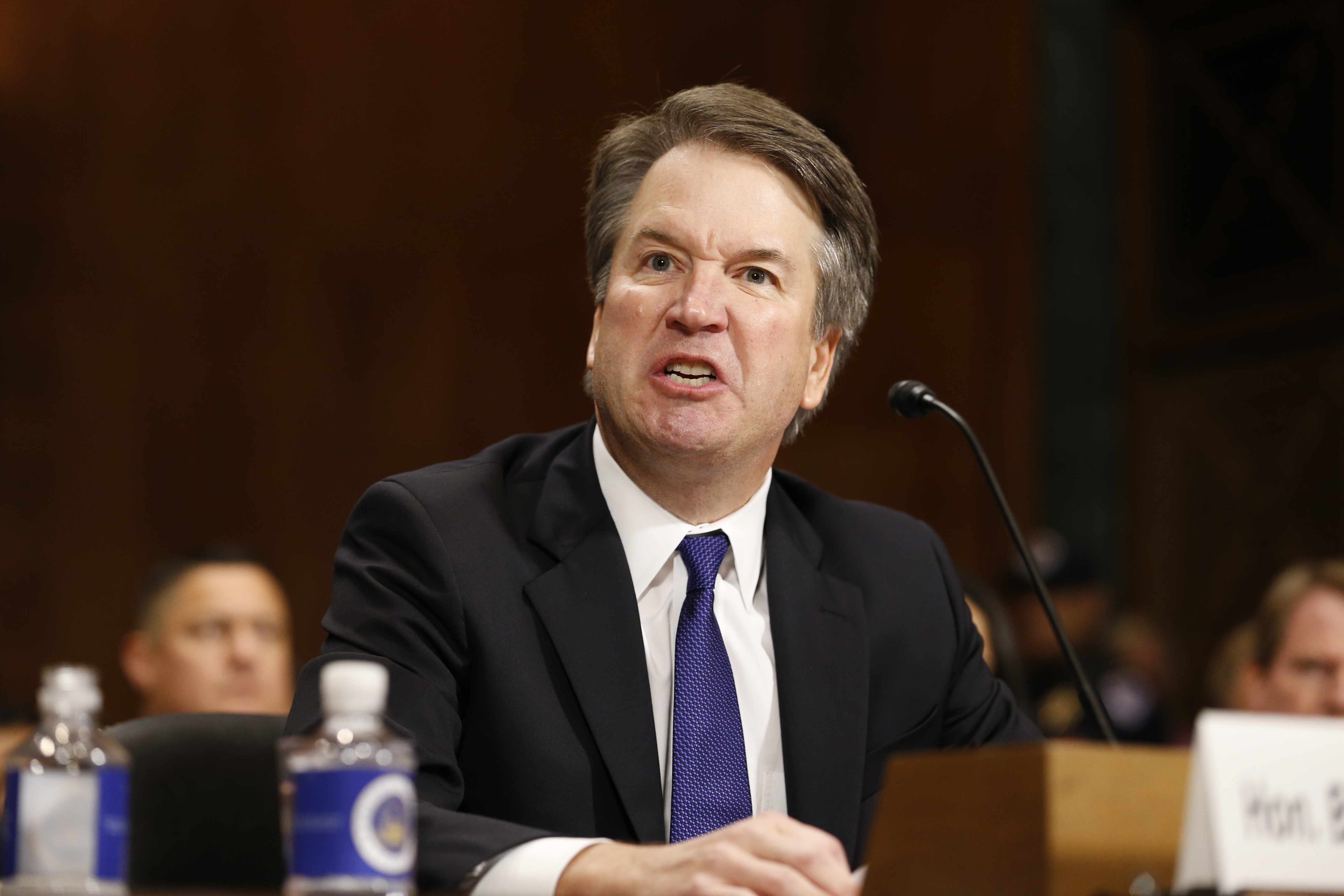 The most pressing issue of our time is not the national debt, or illegal immigration. The real threat to society comes not from poverty, or lack of access to health care, but the slide toward vigilante justice. Social Justice has so infiltrated society, that the bigoted judging of people according to group affiliation is being mainstreamed. With this ideological driven acceptance of group guilt, has come the willingness to accept the condemning of people based upon stereotypes and innuendo. Serious charges, deserving of an in depth look, are used as self-evident guilt. Even if not guilty, the accused are often seen as emblematic of some cultural sin for which someone must be held to account, even if the one being punished has done no wrong.

The Kavanaugh show trial has been a crazed showcase of irrationality.  A woman, whose emotions belie what has been a laundry list of inconsistency and falsehoods on her part, has been given Carte Blanche credibility by the left. In contrast, a man whose life has been under a microscope for most of his existence is being assumed guilty by virtue of has race and gender. This is not about whether Ms Ford is a good person, or even believes what she says. A quick google search will reveal a long list of women who wrongly put men in prison after id’ing them as their assailants. These women were positive their memory of the events were accurate, and the face they saw in their nightmares was the one who did the crime, only to find out DNA showed otherwise. The falsely convicted men languished in prison, sometimes for decades, losing everything. This does not take into account intentional false accusations like Tawana Brawley, Duke Lacrosse players, or the more recent Las Vegas dentist cases. There are likely hundreds or thousands of similar, but less sensational cases, which never make it beyond the local news.

There is a reason civilized societies confer upon the accused the cloak of innocence until such time guilt can be proven. When such is not the case, society breaks down into competing mobs.  Think Paris during the French Revolution, a place where mere accusations could get you drug to the Guillotine. The Kavanaugh witch hunt smacked of injustice, but those who continue to rail about it don’t seem to care; another example of Limbaugh’s axiom that for the left it is not the nature of the evidence, but the seriousness of the charge that matters.

Several leftist professors have called for mass executions, campuses have had non-white days and racially segregated graduations, ANTIFA mobs attack the innocent, and social justice warriors seek demotion of those declared privileged. The scourge of identity politics is not to be taken lightly, and its influence on the weak minded not to be underestimated. It is extremely inviting to blame self-inflicted troubles on others, hard to look at the mirror and see reality. It is not surprising that the world has seen mass atrocities, what is nearly inexplicable is why there have not been more.

The increasing political and ideological divide in the west is cancerous to the soul of society, and ultimately dangerous. The dehumanizing of large portions of the populous by declaring them devoid of decency is ultimately a short trip to hell. The strawman arguments used to perpetuate this hideous ideology are as weak as they are tempting to embrace.

George Orwell, a socialist himself, put his finger on the leftist motivations years back. He said that most socialist supporters seemed less motivated by sympathies for the plight of the poor, and more for hatred of the rich.  Black Live Matter, a group with Marxist roots, ANTIFA, the self declared resistance, and increasingly those leading the #MeToo movement as well are all in the same vain.  None of them seemed to really care about those whose banner they fly, and more engaged in the hate mongering that is their bread and butter. Ms Ford, for her part, has found out what many leaders in these movements already knew, the economics of victimology can be quite lucrative. She has reportedly raked in $700,000 so far for her troubles.

There is some good news in all of this.  The latest tactic, heralded by Kavanaugh, to stop graveling at the feet of the deranged, but to get back in their face seems to be working. It was quickly followed by the righteous indignation of Senator Graham and the sassy retorts of Grassley.  Now it seems, the right back at ya strategy seems to be spreading. For certain, Trump could be called the first to try this strategy, but it seems it took Kavanaugh to get others to join in as well. Hopefully this signals an end of apologizing for dong no wrong, and graveling at the feet of the deranged. Reasoned, unapologetic, and with backbones of steel, it is time conservatives show a proper and commensurate level of righteous indignation in the face of the current crop of hate mongering bigots that make up the modern left.

1 thought on “Fighting the Trend Towards Vigilantism”