Most Presidential Administrations can count on having at least one significant failure due to lack of judgement. The Obama Presidency stands alone in not only the sheer number of failures, but their catastrophic nature. His Russian reset, support for the Muslim Brotherhood, Libya, Syria Red line, waffling Syrian Civil War Policy, early withdrawal of troops from Iraq, failure to address ISIS early, failure to give troops proper authority to fight ISIS when it ballooned, and of course the utterly stupid Iran deal, were all terrible. While this list is not comprehensive, it does include the ones that led to genocide and mass dislocations.

His failures show just how ignorant he was on Middle Eastern politics, and his utter contempt for those who look to the west. This is particularly evident when it comes to Iran. He was more than willing to support any uprising that he believed was anti-Western. This included nearly every country that had issues during the Arab spring. There is one notable exception, Iran. 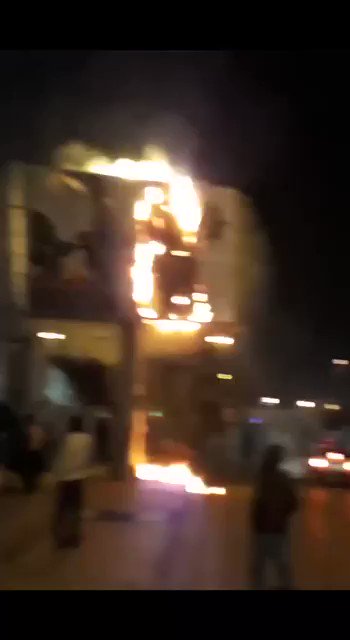 Iran is not Arab, it is Persian. This fact probably played little role in President Obama’s refusal to support the uprising there, but who knows. It had likely more to do with it going against the anti-Western Islamic regime, as well as the nuclear deal he was trying to bribe out of the leadership there. In any case, the protests ended in a whimper, mass arrests, and the mandatory executions. This makes what is happening there now all the more remarkable.

The people of Iran have taken to the streets one more time. Given the consequences of the last time this happened, the people there must be near the breaking point. The protest now are not only against the corruption, and rigged elections, but the foundations of the Islamic Republic itself. Shouting down with the Islamic Republic, death to the Republican Guard, and speaking out against both Hamas and Hezbollah, they are risking death. 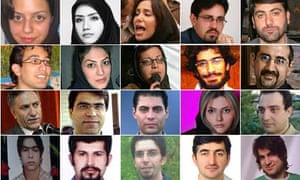 A few of the many faces executed after the 2009 protests

While the Iranian government has called for its supporters to counter protest, they mostly been swamped by the other side. The riot police are out in force, but as of yet have not been able to quell the situation. All the while, the major U.S. press, with the exception of FOX, have been mostly ignoring the story. CBS and MSNBC still have no mention of it on their websites as of early New Year’s Eve morning. ABC refers to it, but calls it a economic protest, despite no reference to needing jobs by the men and women in the streets. CNN at first wouldn’t acknowledge it, then called it an economic protest as well. Now, CNN is just starting to acknowledge maybe there is more to it.

The likelihood of success for these brave souls convulsing against mad men ruling their lives is slim. The guns and tanks are all in the hands of the government (this is the reason America’s founders insisted on the second amendment). As of now, their most potent weapons are stones, an occasional Molotov cocktails and sheer numbers. If this will be enough against tear gas, water canons, and guns is doubtful. Their only real hope is to gain enough momentum that police and military units switch sides. They are a long way from that, and it is questionable if they will, or can, keep up the pressure long enough to swing the tide.

Trump’s administration, in a complete reversal of Obama, is speaking out in support of the protestors. While there is little the U.S. can do, except wish them godspeed, the fact that they are choosing the right side to support this time is something. When engaged in a potentially life and death struggle, a cheering section definitely helps.

The main stream media, for its part, seems to just want the protestors to go away. The refusal to either properly cover, or significantly comment on, the events unfolding in Iran is irresponsible. Editorially, there is no reason why they should be sympathizing with Iranian government over the Iranian people. The only explanation for their actions is that the protests make them and Obama look bad. Just last month, the New York Times wrote an article on how the Iranian people are uniting with their government against Trump. A narrative that now screams fake news.

Meanwhile, an Obama era sycophant speaking on Fox News was warned against people assuming they understand the internal politics of Iran. This self-righteous commentator seems to think saying “down with the Islamic Republic” is too subtle for normal people to understand. The medias real problem is the uprising does not fit any of the left’s story lines. Obama’s slight of the first protests looks foolish now, and the people are certainly not anti-Trump, they are anti-Ayatollah.

If the protests continue, sooner or later the media will have to take real notice. Nonetheless, there is one thing that seems to be clear, the MSM and their Obama sycophants should ask for payment from the the Ayatollah, no sense being a propagandist for free.

Despite media hype, the main agenda of the Iranian protestors is not economic. It is about regime change. Only minimal footage of protests has anything to do with economic issues, and that is mostly about the corruptions and wealth of the political/religious elite. Here are some twitter videos, may add more later.

We heard @POTUS speak in support of the brave people of #Iran demanding their inalienable rights to freedom, human rights, dignity.

Nothing is sacrosanct. Protesters burn image of the late Ayatollah Khomeini, leader of the 1979 Islamic Revolution. #IranianProtest #Iranprotests pic.twitter.com/hhzJPVf0JC

The crowds are growing bigger. In Khorramabad (western Iran), protesters chant “We don't want an Islamic republic!" and “Down with the dictator!” #IranProtests #IranianProtests pic.twitter.com/pJ8Mm9Z6d6

An unveiled woman in Iran stands defiantly at anti-government rally. We must keep the international eyes focused. There have been brutal crackdowns in recent past by state. We cannot let that happen again. RT using #Iranprotests pic.twitter.com/RVfFpbczm0

Correction for the video below, the office below has been reported to belong to a governor, not security forces.

#Update76– After the death of four protesters in #Lorestan, young protesters are burning police and security forces’ bases in the city.

And the Networks are calling this an economic protest, the question is why the lie?

Young Iranians, fed up of living under mullahs' rule, hurl stones at regime forces in Ahvaz (south-west #Iran) in third night of #IranProtests. The nationwide call is for regime change and a #FreeIran. Video via MEK network. #No2Rouhani pic.twitter.com/UrAqor11Zd

#WhiteWednesdays protests being carried out in Iran by Women fighting against wearing hijabs.
All while SJW’s in the west are donning hijabs as part of their PC uniform🙄#LiberalismIsAMentalDisorder pic.twitter.com/A2Rzs5x49F