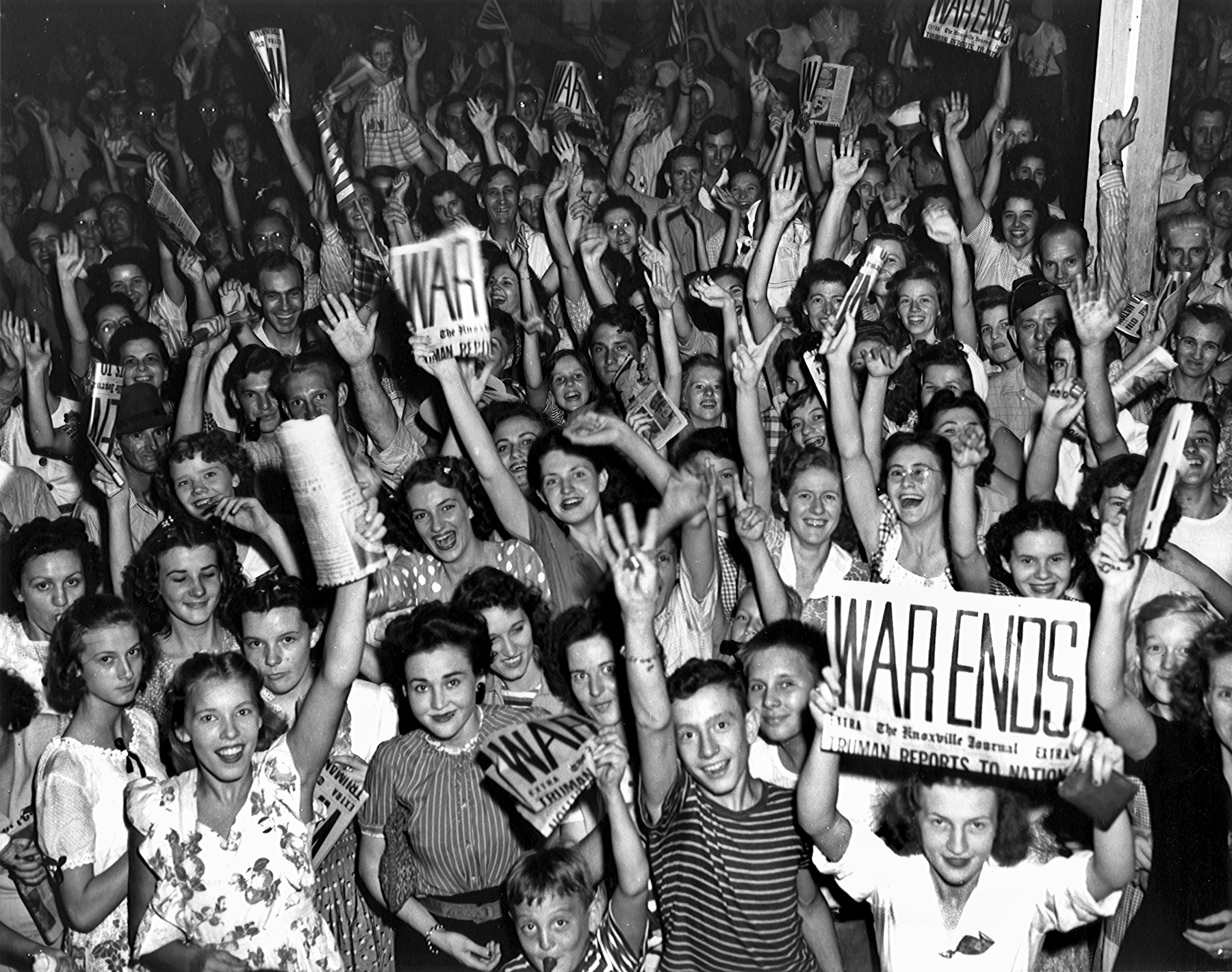 The phrase to the victor goes the spoil was put to rest on decks of the USS Missouri. The fabled battle ship was the spot designated for the official surrender of Japan in World War II. The allies had accepted the unconditional surrender of Nazi Germany 4 months before. While in days gone by the defeated country could look forward to being looted by the victorious armies (as the Axis powers had done), the new paradigm put forth by the United States was to rebuild the savaged nations to a state equal to, or better than, they had been before. This investment has been no doubt paid back in myriad of ways, mostly in the fact that former enemies are now staunch allies.

Of course, in the end wars are about ideas as much as they are about territorial gains. This is where who won the WWII becomes a bit hazy. While the Nazi regime, and their belief in German superiority, is now relegated to the trash bin of history, the economic and governmental aspects of the Axis powers are very much alive and well. Fascism, with most of its core values in tact, initiated a coup d’é·tat of sorts after the fighting had stopped. The socialist of Europe saw in the faded banners of the fascist states a reflection of their own futures. For the progressives as well, the fascist model has held sway. Fascism, after all, is merely progressivism taken to its logical end.

It is said among Europeans that true socialism no longer exist. That the socialist have put their demands for complete state ownership into a trunk stored away in some attic. The truth is, the morphing of European socialism into its present state is no accident. Democratic Socialism, and its various incarnations, as well as the progressives in the United States, have been busy creating fascist knockoffs, or more precisely have merged with it. This as they sling the name fascist at all who oppose them.

The heart of fascism is the belief that society and the state are one, with government being its heart and soul. To that end, it is government’s responsibility to direct the affairs of man, and control its business interest. Even what is acceptable, as far as values, is relegated to those in power. Individuals are after thoughts, if they are given any thought at all. The economy in the fascist state is not directly owned by the state, but controlled. The business leaders become defacto agents of the government, free to run their fiefdoms as long as they tow the government line. Unions too are considered arms of government, and are given a seat at the table. As Mussolini said, all within the state, nothing is outside of it.

Few can argue that much of fascist ideology is very much in vogue, even if it goes by other names. In this respect, the Axis powers won a victory of sorts. Much of what they believed lives on in the conquerors themselves. Not the ultra nationalism, but the economic and societal aspects of their regimes. One can see shades of it across Europe and in both leading candidates for President of the U.S.

Governments across the globe are seeking to create their own corporatist vision, controlling who can sell and who needs to be weeded out. Hillary Clinton says coal mining needs to end, while both her and Trump declared intentions to increase subsidies for industries they favor. Trump says the government should have a say in where businesses build factories, and Obama has said Unions should have a say in how companies are run and has sought to both bolstered and increase influence over them.

Of course, it is not just the business world where the new fascimo holds sway. One can hear echos of Hitler’s axiom, “private health is a public matter,” in Obamacare’s edicts. Churches are being told they must bend to liberal amorality or face legal consequences. In brown shirt fashion, political speeches are giving rise to violence. As if the world was an Orwellian novel, the art of doublespeak has gotten utterly absurd. Injustice is branded justice, and intolerance called tolerance as mobs talk peace. It is a world where Christians are told to be accepting of those whose religious practices disparage women, they face public attack for advancing traditional families and opposing men and women exchanging restrooms. Personal habits, from smoking to soft drink consumption are now under the societal microscope, as what can be defined as personal space gets ever smaller. In this new paradigm freedom, family, tradition, Christianity, independence, and decentralized government are seen as enemies to be overcome. Relics of a bygone era that need to be undermined and ultimately destroyed.

Mussolini may be in hell, but he must be gaining some satisfaction with the current state of affairs. The ideas of the man, who was once darling of the leftest elite, are popular again, even if he is not.