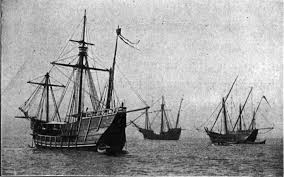 If there is one phrase that has been repeated more often than any other in regards to the economy, it is uncharted/unexplored territory.  The economic mystics at the world’s central banks have held closely to the teachings of John Keynes, believing that they could steer the world clear of economic calamity with a little interest incantation, or a wave of magic cash. While both Chicago and Austrian economists screamed in unison, it just isn’t so; the bankers have gone on following Keynesian mysticism anyway. The result of all of this is that after nearly a decade of zero interest, and as much as 17 trillion in “stimulus” to boot, the world economy is still in the doldrums. To the surprise of all, the gargantuan money drop has barely inched the inflation meter. True, there are bubbles in a wide array of assets from stocks to art, but the cost of butter and bread has barely moved. This, even though the world money stocks have skyrocketed. It seems the Keynesian spells can’t totally undo market fundamentals. No matter how much they have tried to offset it,  the velocity of money keeps dropping. So much so that the specter of deflation has more than once reared its ugly head.

The result is that the economies of the world have stayed in lackluster territory. Consequently, in what has now become a predictable pattern, the Federal Reserve is likely once again to put off raising interest rates. Another result of all that cash going into long term storage is the true values of investment assets are anyone’s guess.
In a sign of frustration, Fed Chair Yellen hinted that the Fed should be given another lever to pull. At a meeting with bankers she suggested that maybe the magic bullet might be allowing the bank to purchase stocks. This would give liberals like Obama would have a heyday. Not only would it likely politicize stock values, but it would also further disjoint stocks from reality.
While all of this banker hand wringing makes for great entertainment, the truth is, there are real consequences for putting off the pain of economic reality. Just like national debts can only be relegated to future generations for so long, economic reckoning can only be delayed for a limited time. How long banks can delay the balancing of the world’s economic books is a question bound to be answered.
When sailing into uncharted waters, one never really knows what is just over the horizon. For Christopher Columbus it was a new world, and gold for his financiers. For the natives things did not necessarily work out quite as well. For the world’s bankers, there is little chance that their voyage into uncharted territory will end well for the natives or them. It is hard to see how a decade of lost savings, massive amounts of cash setting on the sidelines, and overpriced investments will result in anything good. In fact, it is more than likely that on this voyage the bankers will find the economic world is really flat; with an end that no one can exactly predict.