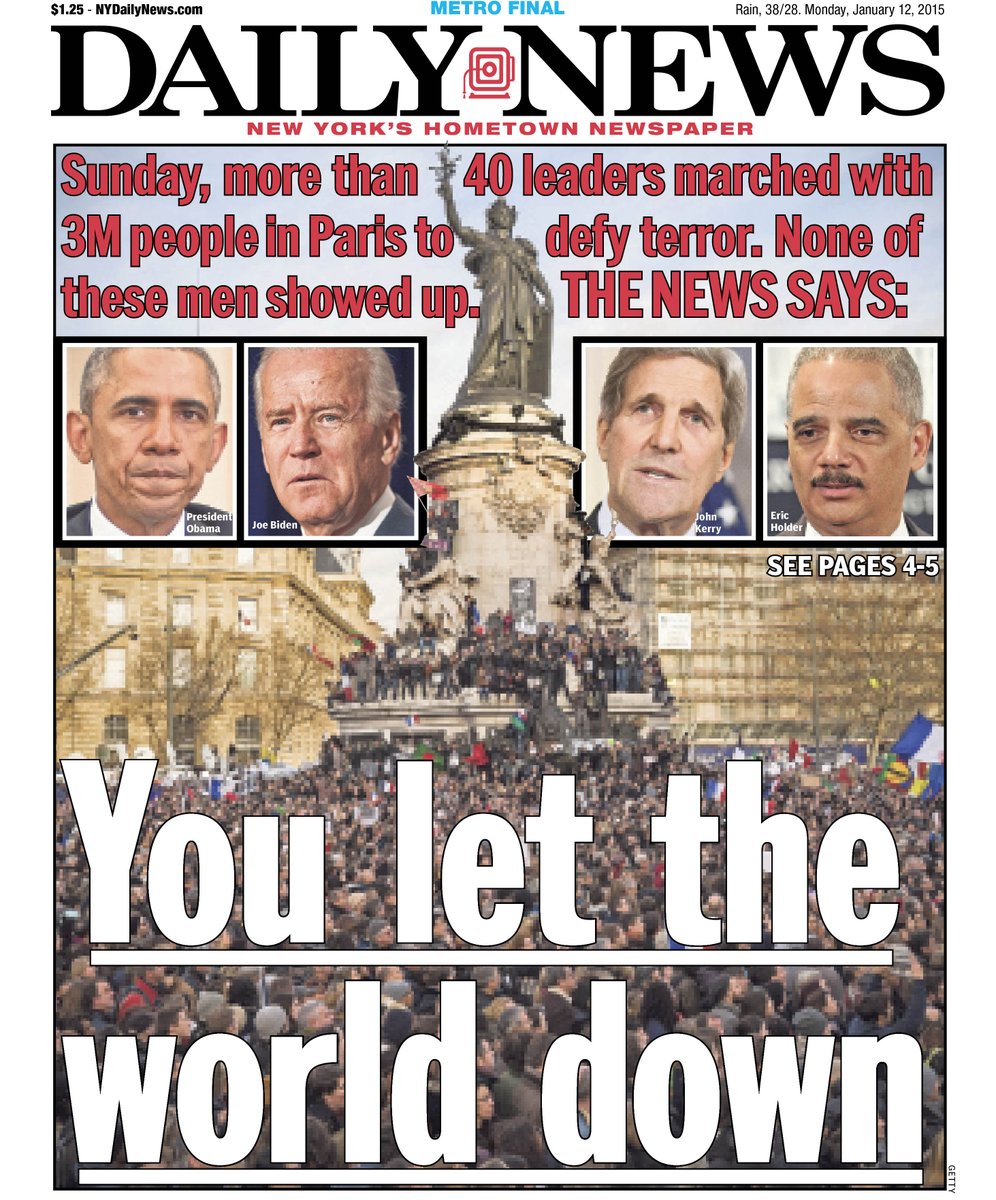 President Obama has been somewhat aloof on the subject of terrorism since taking office. Preferring contorted phrases like “overseas contingency operations,” “human caused disasters,” and “workplace violence” to the word terrorism. Even if the word terrorism is used in context with some event, the word Islam or Muslim is never mentioned. It is always just some radical attacking innocents for some unknown reason according to press releases by the White House. The latest attack in Paris is just the most recent example of this President’s inability to deal with things honestly. Initially calling the dead victims of terrorism (apparently of unknown origin), his office seemed to backtrack on even this. White House press secretary Josh Earnest referred to what happened as merely violence, something he was called on in a CNN interview.

In refusing to label the attacks by Muslim extremists for what they are, he is inadvertently betraying those in Islam who also abhor what is happening. Instead of defending Islam, he is in actuality assisting those who use it as a basis to commit the unspeakable. As said in the previous post, this is a civil war within the Muslim religion, one in which sides must be chosen. Silence in the face of the Islamist onslaught is not an option, at least not one that supports peace. Name the enemy as well as align with potential allies, promote honest dialogue, and most of all stand up to terrorist who commit crimes in the name of Allah. To do any less is to betray the West’s Christian values and those in the Muslim community wishing to just live in peace. This is a war that is not going away anytime soon. The day of peace within Islam, and between it and the Western world, will only be delayed by those who think it better to play patty cake with the devil than confront evil.

To that end, President Obama’s absence at the Paris rally was particularly potent in its message. While leaders from across Europe and the Middle East joined to show solidarity against Muslim extremism (many Muslim leaders among them), Obama was a no show. Not only did he not show up to a meeting to which he was invited, he did not even send an emissary to represent him. Eric Holder, a man most would have deemed a poor substitute but a substitute all the same, was in town but did not show up either.

The King Abdullah II of Jordan, Abbas of Palestine (although he seemed unhappy to be there), Netanyahu of Israel, the Prime Minister of Turkey, the Russian Foreign Minister and pretty much every leader of Europe attended.  Obama chose instead to play golf.

To refuse to be seen as part of a group seeking to show strength in the face of terror screams more about the Obama foreign policy than all the speeches he has ever made. He started his presidency by bowing before the king Saudi Arabia and other world leaders; more recently he has caved to Iran and capitulated to Castro. President Obama has shown a penchant for weakness unparalleled in modern times. Even Jimmy Carter could be called a pillar of strength in comparison. Russia and China have seen him for what he is and acted accordingly, can the world expect terrorist organizations to not do the same? Russian adventures in Georgia and the Ukraine, China’s expansion of its sea and air boundaries, and the bold attack on Iraq by ISIS are all examples of where weakness leads. Something the Europeans seem to be finally getting, even if the President of the United States does not.

Even though he now admits the obvious, it was mistake not to attend the march, it does not matter. The fact that he did not realize this until it was pointed out by millions is just as telling. It was once said by a Presidential spokesman that Obama was leading from behind, it can now be said confidently that he leads nothing at all. He stands with no one and stands against nothing, including the subversion of western society and those who hold barbarism as a religious tenant.

Maybe no one should be surprised, he has said he feels liberated in these last two years of his term to act naturally, free to be himself. Apparently, the real Obama is a cowardly ideologue who is blind to the world around him. Who would have guessed?