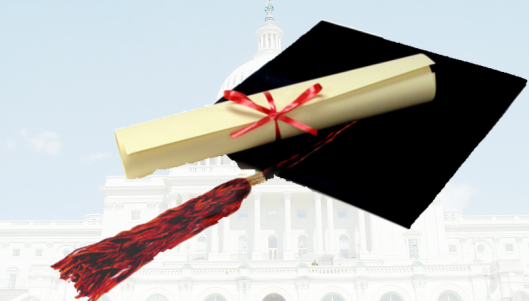 There has been a push as of late to advance the cause of universal pre-kindergarten (pre-k) education in the United States. Conservative commentator George Will has pointed out repeatedly that studies show that such early exposure to schooling has no discernible impact on long term educational success. His take on the push is that is an expensive waste of time. What George seems to be missing is educational prowess is not what today’s version of a liberal education is about.

John Dewey, the Pied Piper of progressive education, promoted the idea of schools being agents of social change. To Dewey, the earlier that children could be separated from their parents and instilled with liberal ideas the better. It was to this end that liberals started pushing for mandatory kindergarten and the President is now advocating for universal pre-K as well. The goal is not, as it is presented, to give kids a head start on success but to give liberals a head start on indoctrination. While early schooling has been shown to have no long term effect on academic success, it has long been known for a long time that values instilled early on often last a lifetime.

The truth is if liberals really were interested in increasing student achievement there is a sure fire way to do it. Despite liberal pushes for more money or even longer school years, neither of these have been shown to have much effect on how well kids do. The one factor, shown by study after study*, that does is parental involvement. It is no coincidence that the slow decay of the American student achievement system has corresponded with ever increasing alienation of parents by schools. Pre-k instead of reversing this trend will only exasperate the situation.

Pre-k is just another method to further marginalize the influence of parents. The result will inevitably be a further eroding of American academic achievement. This is not something the liberals, who study education, are ignorant of. They have not only read the studies that prove this, they did them. Unfortunately, for them the studies are irrelevant for their goal is not better education but earlier indoctrination.

The Washington DC school voucher program was embraced by the parents who saw real hope in having choice and control. Thousands of kids were seeing improvement and being given a real chance. The program was terminated by President Obama who believes there was no room for hope or control unless it originates from the state. What he showed was that it is not the future of America’s children he cares about but the future of his liberal agenda. The truth is, pre-k education schemes and centralized educational systems like “No Child Left Behind” and “Common Core” are not about raising childhood academics bur are merely conveyances for furthering the control of the state.

John Stuart Mill wrote in On Liberty, “a general state education is a mere contrivance for moulding people to be exactly like one another” and “All attempts (by the state) to bias the conclusions of its citizens on disputed subjects are evil.” Unlike the transferring of culture and heritage between generations or the changing tides of beliefs that originate from the natural sharing of ideas, the process of indoctrinating the young to gain control of a culture is an act of psychological warfare against society.

Parental involvement, not government control, increased school expenditures or even higher paid teachers,** is the key to student academic achievement. Similarly, it is school choice that creates better schools, not the heavy hand of government or the disingenuous demands of teacher’s unions. Freedom to participate and choose is quintessentially American, something that is no less true when it is applied to eduction. Unfortunately, Americans have too long put the educating of their children in the hands of “experts” whose agendas do not necessarily have kids best interest at heart. The quicker they wake up to this fact the sooner they can start to reverse the decay that defines the state of education in America.

*A New Wave of Evidence, a synopsis of several studies done by the Southwest Educational Development Laboratory found students with involved parents, no matter what their income or background, were more likely to:

** A study in the U.K. concluded that parental involvement is more important than the quality of the school they attend in predicting educational achievement.