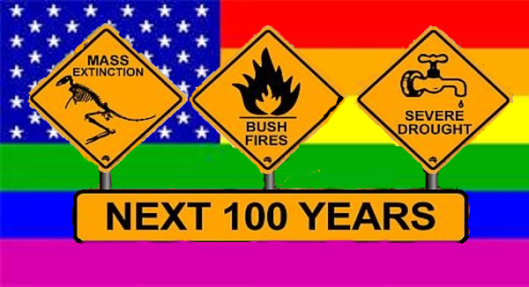 There are many reasons people lie. Sometimes it is to protect themselves or others but many times it is to manipulate the uninformed. For example, political subterfuge is often used by politicians to make them seem not nearly as incompetent as they are. Unfortunately, to the masses a well timed lie is often a worthy substitute for the truth

President Obama, while certainly not the only one, has shown himself particularly proficient at political fabrications. His statement at the U.N. claiming the world was more stable today than 5 years ago was a doozy. The fact is the world today is probably more unstable than it has been in living memory. Similarly, his claim that there is no evidence ObamaCare is hurting jobs is more than bit factually challenged. Almost daily the papers carry reports of companies letting people go or cutting back hours due to his healthcare monstrosity. While political lies like these are annoying and patently self-serving, they are usually of little consequence in the long run. In contrast, hoaxes meant to manipulate the public at large can have long term implications. Two good examples of these are Global Warming and the gay gene hoaxes.

The U.N. IPCC report on Global Warming is just the latest part of a charade that has been being going on for decades. Pronounced to be a world crisis at the Toronto conference twenty-five years ago, the Global Warming hoax has grown to epic proportions. Taxation of fuel, carbon trading schemes and draconian restrictions on CO2 emissions have been implemented in the name of saving the planet. The clear goal it seems is the world wide control of energy sources and the promotion of otherwise impractical renewable alternatives. That mass economic disruptions are taking place seem to be of little concern to those rallying to the cause.

No lie has proven too outlandish for the supporters of Global Warming. An expanding polar bear population for instance did not prevented them from claiming the bears were on the verge of climate induced extinction. Ice receding at the North Pole was popularized as unprecedented although the Northwest Passage was known to have opened up a several times over the past hundred years. Graphs that showed the earth has been warmer than the present in the last two millennia were flattened out to hide the fact from the public. Exaggerations and misrepresented data were passed off on unwary school kids as unbiased science. Global warming alarmist have also created large numbers of computer models predicting the world’s demise. The World Climate Research Program alone has produced seventy-three such computer models. Each showed varying amounts of warming trends and of course all have been proven wrong. Still, even in the midst of a 15-17 year period of static temperatures the shrill voices of Global Warming propaganda continue their mission to misinform the public.

The latest report coming out of the U.N. tries to makes excuses for the static climate while at the same time doubling down on their lies. Like a thief who denies his guilt even when caught in the act, the alarmist seem bent on continuing their charade even as the truth becomes too clear to deny.

While the Global Warming hoax has had huge ramifications for society, especially economically, it has not been nearly as successful as its supporters have hoped. Despite a multi-billion dollar campaign spanning decades there are still huge numbers of people who refuse to accept their lies. Much to their chagrin, many scientist have also refused to sell their souls and research to the highest bidder.

Like the Global Warming alarmist, the gay lobby too has had a lot of success advancing their hoax. Many, especially the young, have bought into their claim that homosexuality is a normal biological mutation. While the feminist were trying to tout the idea that gender identity is purely a function of socialization, the gay lobbies have insisted both identity and sexual orientation are purely biological. Human history and science says both are incorrect. Children are a function of genetics and environment, something for which there is thousands of years of human history to back it up. Of course science, logic or history have little influence on those with an agenda to promote.

The truth can be seen in the empty results of the exhaustive research to find the elusive “gay gene.” A search scientist have now abandoned. In contrast, no less than eight studies of identical twins have proven the gay gene myth a lie. In fact studies show that if an identical twin is gay the chances of the other being too are only 50%. If identical twins are raised apart the number drops to 11%. Clearly there is much more than genetics at work. Despite the evidence, the propaganda campaign meant to propagate the genetic myth continues.

When people “discover” they are gay in college or as one recent married couple claimed, after twenty years of marriage, it is accepted without question by the liberal establishment. Of course from a genetics point of view, the discovery is hogwash. The truth is, most if not all people who feel a need to go out in public as the opposite sex or get aroused by the same sex are suffering from forms of psychosis; few if any can claim a pure genetic predisposition.

Unfortunately the many have bought into the hoax with the result being a general degradation of society. Children are exposed to adult sexual deviancy at ever younger ages. Kids are even being encouraged to experiment and dress as the opposite sex. A recent article in the London Telegraph was full of adulation for parents who let their six year old boy go around dressed like a girl. A boy whose only desire is to please his mixed up excuse for a mother. This case of child abuse is unfortunately not isolated. The state of California even recently enshrined into law child transgender “rights.” Mandating that children dressed as the opposite sex must be allowed to use the opposite sex’s facilities (bathrooms and showers). Some states are even forbidding parents from seeking treatment for their children who have victimized by a world gone mad.

While persecuting people for what they do in private is beyond the pale of human freedom, no one has the right to use kids to advance their agenda. Adults can have their addictions to deviant behavior but projecting them on children is immoral. The truth is the gay agenda is undermining families and destroying childhoods in the name of adult sexual gratification. An agenda that uses a myth to justify its existence. The gay gene is just another cruel hoax being played out on a world stage.