Benjiman Franlin Quotes, DEA acting illegally, DEA and NSA, Government balance of freedom and safety, Obama speaking as Big Brother, The American constitution and safety, What is parallel construction, What is wrong with NSA spying 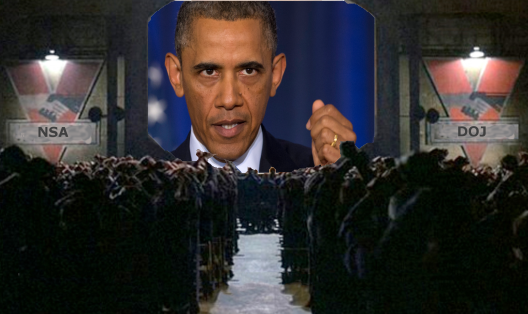 Benjamin Franklin is America’s most quoted founding father. Probably because as a printer and author he is one of the most prolific writers of his time. His worlds of wisdom like “early to bed, early to rise, makes a man healthy, wealthy, and wise” and “a penny saved is a penny earned” are quoted around the world. Today it is not his words to the wise or his quaint folk wisdom that is most applicable but his admonition to those unwilling to fight for the cause of freedom. As many wavered in their commitment to the cause of liberty in the face of war he said,”Those who would give up essential Liberty, to purchase a little temporary Safety, deserve neither Liberty nor safety.“

Today there seems to be no limit to the lengths to which the U.S. government will go to keep American’s safe from terrorism. Those lengths include spying on innocent people and keeping records on every man, woman and child who makes their home inside the nation’s borders. Americans for their part are suppose to be comforted by the fact it is all being done to keep them safe. That there is nothing to fear from an all knowing force commanded by shadowy figures peering at their every move. The loss of liberty, the right for law abiding citizens to free from government intrusion, they are assured is nothing to be alarmed about.

One can excuse those for whom security and safety are sacred trusts for wanting to go too far in pursuit of their goals. It is to be expected to some extent. Give all power to those in charge of keeping the peace and the result is inevitably a Police State. For that reason the founders saw fit to make sure the society’s guardians are not also its rulers. It was the only way to assure that the balance between safety and liberty is always tilted towards liberty. It was the goal of the framers of the American constitution to make sure this would always be so.

The fact is all of American society is built around the idea that freedom is worth the sacrifice of some safety. In keeping with English common law and tradition, people are innocent until proven guilty even though this means many guilty go free. Legal ownership of guns was enshrined into the legal system with full knowledge some would abuse the right. Freedom is not free nor does liberty come without cost. The truth is things like regular house to house searches could prevent much theft and elicit trade but living in such a society would be hell on earth.

While Americans would never sit still for house to house searches the NSA is doing essentially that in its domestic spying program. Rifling through the data of Americans without a hint of probable cause. They go hunting for evidence of wrong doing and keeping what they find even if none is found. Not just the often cited metadata is monitored, much more personal information as well. They have been caught pressuring email providers for customer passwords and admitted to “inadvertently” listening  to the phone calls of Americans without a warrant, calls they recorded and kept for their records. Even when warrants are requested it is of no consequence for the secret FISA court never turns them down.

Now comes the word that the NSA program is being expanded beyond terrorism. Reuters is reporting that the DEA is now tapping into the NSA data storehouse for its own purposes. Using what they call parallel construction, they use illicitly acquired information to find a suspect and then set up convenient alternate reasons to search and arrest them. Those who believe such a set up is fine and could not or would not be used for political purposes are much mistaken. They might be surprised to learn that the DEA did not invent parallel construction, in fact it has been used by tyrants and dictators to dispose of opposing voices across the globe.

Even absent the specter of political motivations the intrusions are still infringements on liberty. Something anyone who has their diary read or had their home broken into should realize. The fact is, the government has no more right to access the records, conversation or whereabouts of innocent people than does a common thief. Such actions are a violation of human dignity of the most basic kind.

In truth these programs are ripe for corruption. Secret in nature and under central control, they represent the power to destroy one’s adversaries. Supplying all that is needed to blackmail one’s enemies and to legally lynch one’s foes. Something the IRS and other scandals show is a danger all too real to ignore. There is a reason America’s founders saw safety and liberty as often mutually exclusive. The rules they set forth and the traditions they were founded on were based on a wisdom born of centuries of human experience.

What must not be forgotten is that in the annals of history the shadow of tyranny is long and the flame of liberty barely a flicker. The admonition of the founding fathers would be to tend to it always. The truth is that while its fire is hot it is also fragile. If not tended to and protected its warm glow will be extinguished for this generations and for many more to come.

3 thoughts on “Security at Any Price?”