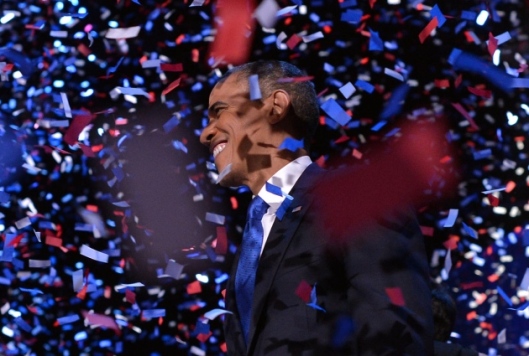 Much is being made of what has been called taxageddon and the so called fiscal cliff. The massive tax increases that are at the heart of the issue are for sure threats to the economy but by far not the only ones. The truth is even if Republicans get their way and all the Bush era tax cuts are made permanent taxes will still increase substantially due to Obamacare. It would seem that no matter what, the reelection of the President means the road to economic recovery is looking more like a minefield than a highway.

Immediately after Obama was declared the winner of the election the stock market posted its fifth largest post election plunged in history (number one happened when he was elected the first time). It seems more than a few see the reelection of the 44th president a bad omen. As Obama said to the Republicans before he rammed his agenda passed them, elections have consequences. In this case it appears people are not going to have to wait long to find out what the consequences of Obama’s reelection are.

Across the economy businesses are already hunkering down and preparing for a long hard road ahead. The first businessman to announce cutbacks in relation to Obama’s reelection was from Las Vegas, immediately the next morning he laid off 22 of his staff. The reason was the cost of implementing Obamacare. Soon businesses large and small started to follow suit including a hiring freeze at Applebees as well as Olive Garden, Red Lobster and Papa John’s Pizza all going to a part time work force. All of this should come as no surprise as last year Obamacare was listed as one of the main reasons small businesses were not hiring. Unfortunately Obamacare is far from the only worry for American businesses.

Dodd-Frank is poised to wipe out thousands of Small Banks. The economic costs of losing all those banks is incalculable. Even big banks are being put in a bind by Dodd-Frank and may be put at risk. On another front, the EPA and other agencies have ramped up new regulations to the tune of 68 a day! Coal plants and coal producers have been and are feeling the heat with layoffs already in the works. As coal fired electric plants are shut down and new back door cap and trade regulations are implemented (something both the left and right agree is coming) energy cost are set to go up substantially in the near future.

As if these were not enough the President is pushing for higher income taxes on small business owners; taxes that are on top of those already poised to take effect as part of Obamacare. Taxes he says will soak the rich but the rich get most of their money from investments, not income. The fact is despite his rhetoric his class warfare is nothing more than a thinly disguised attack on success and the middle class.

The President’s supporters shouldn’t worry though, the rich will not escape the taxing onslaught. That is because dividend tax rates are likely to triple and capital gains taxes are probably going up as well. What does that mean for the average Jane and John Doe? If history is any guide, and yes it usually is, the big boys and girls will just pick up their jacks and play elsewhere leaving them without jobs and the government without revenue. Something that looks to be already happening. Of course if John or Jane are retirees counting on dividends for part of their income, tough luck.

The facts are the cost of living is going up, jobs are disappearing and with Obama in place for the next four years that is not going to change. Already the defense industry is cutting tens of thousands of jobs and other companies are announcing similar cuts. Energizer will layoff 10% of its workforce, Vestas is cutting 16,000 positions, and the list goes on. Solar companies, engine manufacturers, technology companies, it seems no sector of the economy is immune. As of today layo 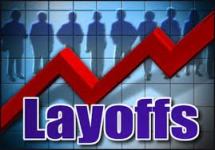 ffs have jumped to the highest they have been in eighteen months and show no signs of slowing. Even the one bright spot, the increases in fossil fuel production on private lands due to fracking, is no sure thing with Obama as President. The International Energy Agency (IEA) says fracking has the potential to make the U.S. energy independent but that is a potential likely never to be reached. The EPA has made no bones about seeking ways to put a kink in companies use of fracking. That along with back door cap and trade regulations will likely severely suppress America’s energy potential. Of course in the minds of the administration and its supporters all of this is intended to create a cleaner, greener and more equitable future.

It has been said the road to hell is filled with good intentions, a saying that somehow seems appropriate about now. (Of course so does a certain song by AC/DC)

6 thoughts on “The Road to Obamageddon?”