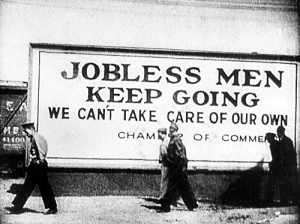 Demagoguery is one of those things that can be plain irritating.  Basically for those new to the term it is the act of giving out false or misleading information in an attempt to mold the listeners point of view, usually for personal gain.  The person doing it is showing he has no respect for the listener’s intelligence and is attempting to manipulate them to believe things based on the falsehoods he putting forth.  Unfortunately this practice has been a mainstay of politicians since before Alexander the great.

Economic demagoguery has to be one of the worst and most destructive forms of demagoguery.  Unfortunately it is also some of the most common.  What is said on economic issues is usually nothing more than politicians trying to justify their shake down of taxpayers to pay off special interest.  For example “let’s invest in education” is more properly translated as ‘My soul is in hock to the NEA and I need to fleece others to make my interest payments’. There is also the famous “we must invest in our energy future” which is best translated ‘I need to flush more taxpayer funds down the toilet hyping uneconomical forms of energy to get the green lobby to support my campaign’. The greatest rip off and most damaging is the idea that we need to “prime the pump” which is nothing more than an excuse for a political free for all funded by the taxpayer.

Anyone calling bribing the taxpayer with his own money a stimulus should be run out of offices or at least laughed off the stage but unfortunately economic ignorance and greed seems to overcome common sense.

The idea that politicians and some Keynesian economist seem to be trying to push is producers are just automatons that react to consumer demand and nothing more. The consumer (IE: the general public) is all that matters in the economy. In their world consumers not buying is the cause of all economic problems and getting consumption up is all that is needed to fix it. To this the obvious question is which came first, the IPad or consumer demand for it? Was the newest piece of technology, latest style or the newest Christmas sensation a result of consumer demand or the cause of it? If this question is too deep for some than let me digress a little.

The truth is neither consumers nor producers are automatons; they are thinking rational human beings. You cannot manipulate them like data on a paper and expect to get the desired result. As much as politicians dislike it people have minds and tend to use them. This is especially true of people in business. Business people take risks, each time they put out a product or service it is a calculated risk. There is no guarantee what they are producing will be bought. When the facts they are basing their decisions on become fuzzy they tend to play it safe as possible, new products get delayed and expansion plans are put on hold. This is the first stage of an economic slowdown. If the business environment gets downright scary they will start throwing off extra expense like a sailor throwing cargo off a sinking ship. This is when workers get scared of being unemployed or actually become unemployed. Like thinking people do when exposed to danger, they start hunkering down. In this case it means they start cutting down on expenditures and watching what they buy. In other words the worker reduces his consumption as a result of what is happening in the business world. The fact is a crisis never starts with a lack of consumption and does not end with a rise in consumption. The root cause of all recessions lies with the actions of producers (businesses); consumers (workers and their families) only are reacting to what is happening in the production sector. Putting the blame for economic downturns on consumer spending is like putting the blame for incoming enemy fire on the soldiers ducking for cover. Just as soldiers duck for cover to protect themselves they also only come out when they feel safe to do so. Consumers are no different. Consumers will come out of their hunkered down position and start spending only when they feel it is economically safe to do so and not before. That can happen only after businesses feel safe enough to stop shedding extra expenses like employees and start taking the chances that are the hallmark of human achievement.

Once you understand this than the political gamesmanship that is passed off as economic planning becomes more apparent. For example, knowing how economic slowdowns happen, which of the following makes sense?

Now for everyone but a Keynesian rocket scientists and soulless politicians this should be a no-brainer. The next question should probably be why is it we are currently doing all of them but the last one?

This is not all that complicated. A healthy economy starts with a supply of raw materials and talent that is organized by people to provide goods and services.  Give businesses access to the right things and an environment they can plan and thrive in they will produce jobs. Jobs that give the workers filling them the confidence to spend the money they earn. You cannot reverse this process. Trying to fix an ailing economy by trying to increase consumer spending is like trying to cure a sick horse by stuffing manure up its butt. The economy flows in one direction, trying to reverse the flow in order to increase its output is nothing more than pandering, demagoguery and/or ignorance.